Our Company and Family History
``We are proud of what our Great Grandfather, Grandfather, and Father have been able to do to continue our family heritage. It is our turn to keep the heritage alive for the fifth generation.``
- Russell Perrone
Our History
Over the last 125 years our company has been constantly growing

In the early 1900’s, our great grandfather Barthelomew Perrone emigrated from his native town Cefalu, Sicily subsequently opening Progress Grocery in 1924.  The store was located in the heart of now the oldest American neighborhood, on 915 Decatur St. in the French Quarter serving Italian immigrants the best quality of imported food products.  Progress Grocery served as a central hub to tourists and locals alike in search for authentic, traditionally inspired ingredients.  From the definitive and revered New Orleans Muffuletta to a tantalizing olive salad, we have kept or family recipes intact for delightful, regional dishes, as well as the innumerable items that can make your next meal a culinary masterpiece.  No one really knows who created the Muffuletta as it was a combination of Sicilian people being creative with their deli meats and cheeses along with the inspiration to put an olive mixture to top off the creation.  We all love to claim the original Muffuletta, but what we lay claim to is the best original Muffuletta.

Now in our Fourth Generation, the Perrone family has been synonymous with all good things to eat.  Progress Grocery has since been closed due to the changing demographics of the French Quarter. Over the years, Progress Grocery began taking their quality imported products from around the world to the famous restaurants and supermarkets that create the backbone of fine New Orleans cuisine. It was this vision of sharing good tasting quality food to the people of New Orleans that has continued the family tradition in the food business. 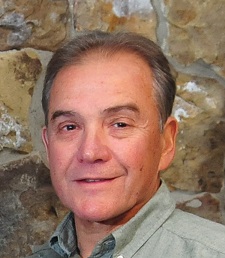 Up until the time that I was five years old my parents and children lived with my maternal grandparents in a stately home on Esplanade Ave just outside of the French Quarter and close to our family import grocery store in New Orleans. I don’t have a memory of spending any time there during those early days but I do remember the pungent smell of my dad’s clothes when he came home.

My dad told me wonderful stories of days gone by and what it was like growing up in a family that was tied to an old time import grocery store. I remember stories of his dad going through the depression and barely hanging on trying to support five children and a wife who was dying with tuberculosis, a disease that they had no cure for in those days. He told me stories of bottling their own olive oil from wooden barrels mostly into four, eight and sixteen ounce bottles and how his hands would get sore from tightening the bottle caps.

One of the funniest stories he told was about his dad trying to start the Ford Model T delivery truck on a cold winter morning. First he would have to boil water to put in the radiator then he would have to crank the handle on the manual starter. The cranking hand had to be with the fingernails facing up because if you turned it the other way and if there was a kickback from the engine it could break your arm. Then my dad had the job of choking the engine and adjusting the fuel mixture until the engine started, a very delicate process. If that failed then my grandfather would have to start the process all over again. Needless to say he would not be very happy. The noises that my dad made imitating the sputtering engine trying to start were unforgettable and comical.

Another great story was when my day and uncle who were at the time equal partners with my grandfather wanted to buy a simple dolly or hand truck as we called them. When approached with the idea my grandfather refused and said “What’s wrong with your shoulder that’s what the ice man does”. When I reached fifteen years old I started to work the summers and Saturdays in earnest. The hand crank cash register, adding machine, manual scales, floor safe and roll top desk that my late grandfather had purchases in the 1920’s were still in use and are now on display in our office foyer. I used this ancient equipment and was able to see the transition from then to the use of sophisticated computerization today.